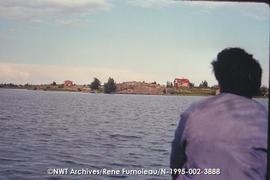 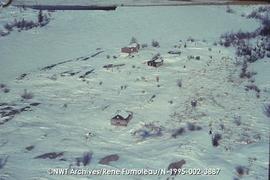 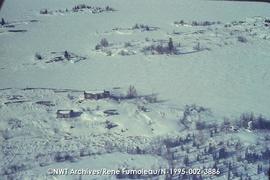 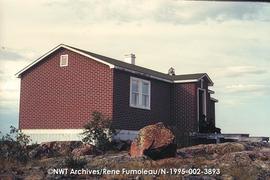 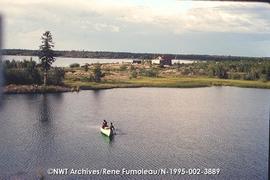 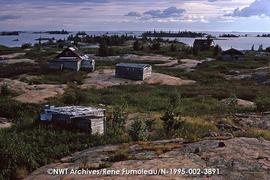 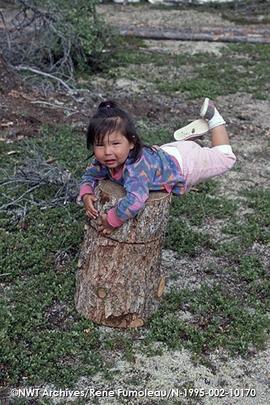 This fonds consists of approximately 15,538 photographs in various formats such as slides, prints and negatives, approximately 37 cm of text, 2 DAT audio cassettes, 25 audio reels, 6 films, 3 BetaCam videocassettes, 43 posters, 12 drawings and 2 maps. The photographic material dates between the late 1950s to 1995 and contains images of various communities and daily life of the Dene people of the North and South Slave regions. Eighteen photographs of Fort Good Hope collected by the donor likely date from the 1920s. By media type, there are roughly 10,700 colour slides, 1800 b/w negatives and 3000 colour negatives. The fonds also includes one colour print of Rene sitting on his snowmobile, which was later donated to the Collections section of the Prince of Wales Northern Heritage Centre. The textual material consists of the unedited, penultimate draft of the manuscript for "As Long As This Land Shall Last: A History of Treaty 8 and Treaty 11, 1870-1939," which contains more detail than the published text. Also included are two transcripts of interviews conducted between Rene Fumoleau and Paul Vaudrack, a Gwich'in man. The first, a 25 page (3 mm) transcript of an interview conducted in French in 1955, concerns the Gwich'in equivalent of the Yamoria legend. The second, from October 1968 and typewritten in English, depicts Gwich'in life in the early-twentieth century. This manuscript discusses the influence of the English language, residential schools, and the outbreaks of influenza at that time. The bulk of the textual material are copies of court proceedings from the Benoit et.al. v. R. case of the late 1990s relating to Treaty 8 and a copy of the thesis dissertation by Marine Le Puloch entitled 'Le Traite no. 8 au Canada, beneficiaires et exclus' (1999), also relating to Treaty 8. There are 25 audio reels and 2 DAT audiocassettes that contain audio from "My Country, My People," "I Was Born Here" and "Dene Nation." In addition, the sound recordings contain music from "Our Land, Our Life," drum music from Fort Good Hope recorded in the 1957, Dene songs, Hareskin language and messages from the people of Fort Good Hope to friends and relatives in the hospital in Aklavik. There are 3 copies of the film entitled "Dene Nation" and 3 copies of the film "I Was Born Here", one of which is in French, entitled "Mon pays est ma vie". There are also 3 corresponding archival master BetaCam videocassettes for the films. The remaining material consists of 43 posters and 2 maps that date between 1977-1985. The posters relate to Native Rights, land claims, and Native Organizations such as the Dene Nation. There are also two maps entitled Canada's First People's and Centennial Map of the Northwest Territories. The fonds includes transcripts from eight interviews condcuted by Jane Kenny in 1984 with elders from Deline and documents related to the first two meetings of the Thebacha Association in 1967. 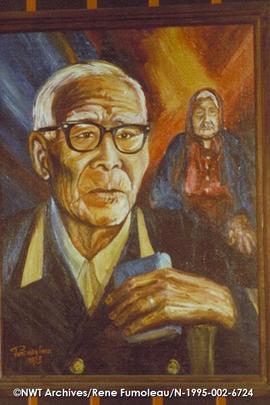 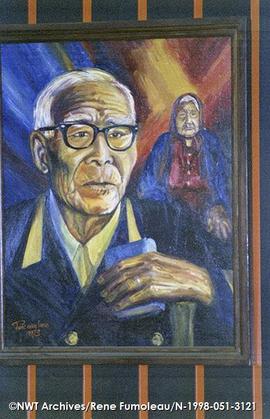 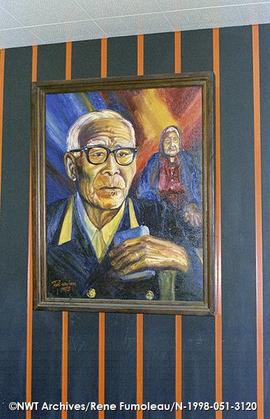 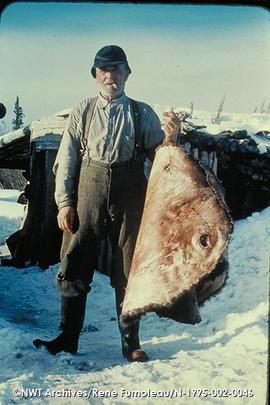 The sound recordings were made in Fort Good Hope 1957. Items numbered :0001 to :0005 correspond to original reels. The recordings include Dene chants (drum dance music); radio broadcasts and an interview with Father Fumoleau.

[Appears to be a recording of a request show, mostly music, possibly some North Slavey.]

Radio Broadcasts [The recording is in an Indigenous language, possibly North Slavey.]

The film is entitled "Dene Nation." The sound recordings document dance and music from "Our Land, Our Life" comprised of recordings from Fort Good Hope of drum music, Dene songs and North Slavey (Hareskin) language; as well as audio from slide shows and films, including "My Country My People," "I Was Born Here" and "Dene Nation." The sound recordings from Fort Good Hope, likely recorded in 1957, feature members of the Pierrot, Kakfwi, Remi, Edgi, Masuzumi, Lafferty, Cotchilly, Taureau, Emmanuel, and Kelly families. 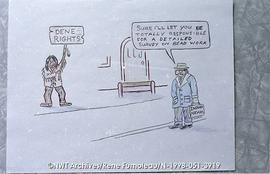